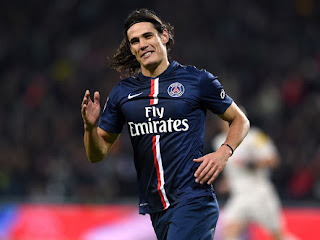 Edinson Cavani could be on a possible move to real Madrid after a successful 2016/2017 french league season with P.S.G in the last concluded season.
The Spanish giant have shown serious interest in the Uruguayan's international after a good display at the just concluded world cup in russia.
Cavani could be on his way to Madrid if the  deal break out as more  discussion unfold.
premier soccer league news