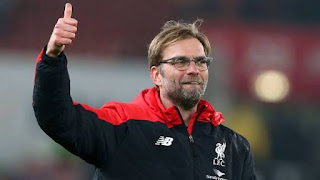 Liverpool f.c manager,Jurgen Klopp has debunked an ongoing trending gist after
Manchester united gaffer,Jose Morinho disclosed that Liverpool is under pressure to win a major trophy this coming season.
He said the record signing of Brazilian international star goal keeper Alisson Becker from A.S Roma that cost around 65million pounds during the summer transfer and total signings of up to 200 million pounds brings pressure to liverpool f.c according to Jose Morinho after pre-season game with A.C Milan on Wednesday.
premier soccer league news