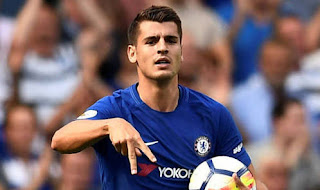 He said Morata has lost his confidence in himself and this has resulted to his poor form since January 2018.

Morata has managed to score only a goal in the year 2018 before the 3-2 won against Arsenal after scoring a goal.
The new club coach  has vowed to help the spanish player get back to his best form in the new football season.

The Italian tactician admitted too much expectation from the spanish player but said, helping the player get his confidence back is realistic and he is ready to work with the player in order to get the good and best of form achieved in bolstering the team spirit for a successful 2018/2019 Premier league season.
premier soccer league news