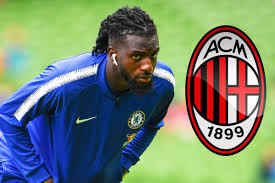 The £40 million pounds rated star player signed from Monaco during 2017/2018 by sacked coach Antonio Conte has failed to deliver up to expectation during his playing time at chelsea.

Tiemoue bakayoko was loaned to A.C milan in this new season and he was introduced to the club 3-2 loss against Napoli after A.C milan  leading 2-1 before he came in for substituted Lucas Biglia.

A.C milan boss Gennaro Gattuso is unhappy with the player and disclosed he lacked some basic qualities needed in a player to play in a top flight football.