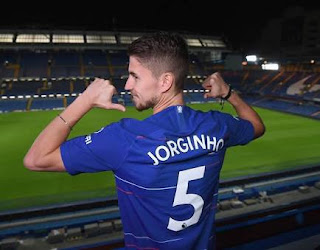 Joginho had a fantastic display on their away win to Newcastle after winning 158 accurate passes that is completed by him and his total passes is more than the passes completed by Newcastle in the Match game.

Joginho was signed from napoli in the last summer in a deal worth around €60 million Euro and the star player has been impressive with the Stamford bridge club.

Chelsea boss Maurizio Sarri has hailed the star player for his five star performance since his arrival from Napoli to chelsea in the summer transfer.
premier soccer league news