How Barcelona is facing FIFA Ban. 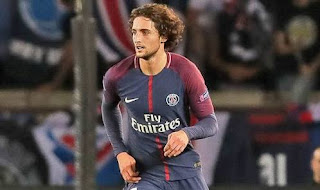 Last season Laliga champions Barcelona, has been facing test of time over possible sanction and penalty on signing a pre contract agreement with PSG star player.

The laliga champions is been threatened by
By PSG over an attempt by Barcelona to secure a pre- contract agreement with Andrien Rabiot that has a year left of his current contract with PSG.

The FIFA penalty rules for any club that involved in signing a pre contract agreement with a player that is having more than six month in his current contract to end attracts  a transfer ban in the future transfer dealings of any club involved.

PSG is threatening Barcelona of reporting to FIFA for not making the player comfortable with the club by bringing distractions to him while he has a contract with PSG.

PSG management also want to see if they can sort out Andrien  Rabiot demand to sign contract extension with the club.

The french international team player is interested in a move to barcelona having disclosed is readiness in moving to a new club after the end of his current contract.
premier soccer league news