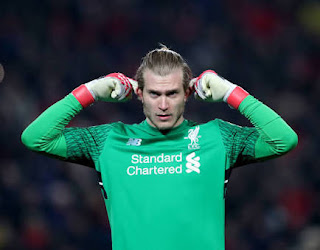 The german born liverpool goalie had last season champions league final made a serious error that denied Liverpool the champions league trophy where he suffered concoction in the match game.

The goal keeper and Liverpool have agreed two season long loan move deal that could lead to permanent signature of the german goalkeeper if he is impressive during his loan period to the Turkish giant club.

The 25 years german star is delighted with the move after he prefers a new club than falling to pecking order at anfield club since the arrival of record signing goalkeeper Alison Becker from A.S Roma.
premier soccer league news