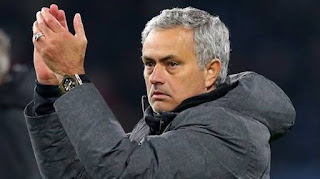 Even though manager Mourinho and some of his players are said not to be in good term particularly with the french stars.

The like of Paul pogba and Anthony Martial are in logger head with Jose Mourinho but the french star rift with Mourinho could likely be the cause of Manchester United poor form in the current season.

The Portuguese tactician is said to be ready to sell out Martial to interested suitors but the club and martial is not ready for any deal away or abroad for the french star.

The rumour has been going around on how Zinedine zidane could take over the club managerial position from Mourinho if the Portuguese perform below merit in the current football season.
premier soccer league news