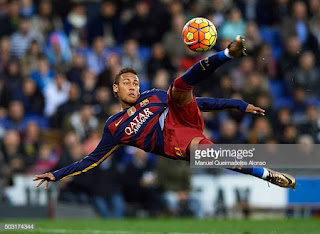 Brazilian international supper star Neymar da silver Junior,promised to change his way with his diving skills ahead of next season's French league with P.S.G.

He said, He sometimes found difficult moment with defenders but he also deceive with diving to win an advantage against his opponent in a match game.

He said he realize the reality of perspective around diving against opponent and he said
he is promising to be a different player ahead of new football Season.
premier soccer league news