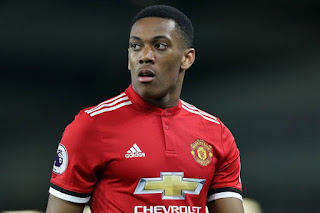 The french club was offered Anthony Martial martial by Manchester United for a fee of 70million pounds ahead of next football season.


Anthony Martial recently welcome a new baby with a new baby with his new girlfriend after his early marriage crashed with first wife that also produced a baby.
premier soccer league news