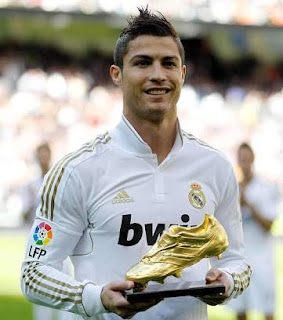 Christiano Ronaldo scored his first and second league match goals on Saturday
After a 2-1 win against Sassuolo to open a scoring record with Juventus in major league game.

The former Real Madrid superstar has scored his 400  career league goals on Saturday to welcome a new scoring adventure in the Serie A football league.

The star player reiterate his readiness to continue run of his good form to the new champions league season as he currently hold the spot as all time highest goal scorer in the Europa champion league.
premier soccer league news