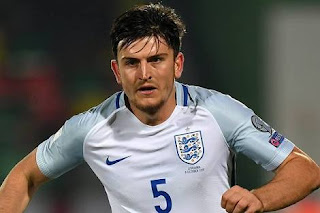 Harry Maguire was a target for Manchester united after a £50 million pounds move bid was rejected in order to block the England star player to join Manchester United.

Manchester united launched another bid of £55 million pounds bid with a week wage of £120,000 thousand also rejected for the second time in a consecutive bid.