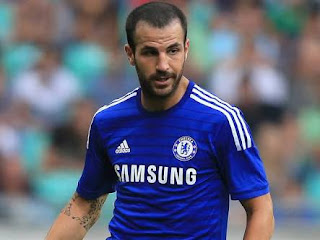 Chelsea football club and Spanish team star midfielder is offered a contract move to A.C milan ahead of the end of his contract at chelsea in 2018/2019 summer.

The 31 years old Cesc Fabregas is said to be considering a move abroad when chelsea club refused to offer him a contract extension with the london club.

The former Arsenal star player has been told that,He is not part of the Italian tactician plan A for the club in the new football season with the Stamford bridge club.

The star midfielder has struggled to pick a good run of form since the arrival of new manager Maurizio Sarri from Napoli in the summer.