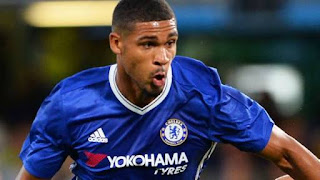 Chelsea football club and England international born star has broken a record of  thier  legend that have scored hatrick goals in history of the club in european competition.

Ruben Loftus cheek is younger than didier drogba that scored hatrick for Chelsea in European competition while playing against leviski sofia.

The England international star has been advised by new club coach to improve in his defensive play for him to improve and earn a regular shirt in Chelsea squad.

Didier drogba's age on the hatrick day on september 2007 against leviski sofia was 28 years compare to Ruben lofus chick age of 22 years.