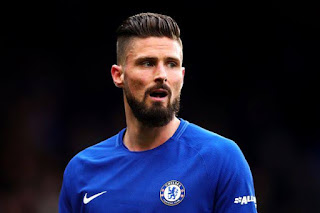 Oliver giroud is a top prime target for Besiktas and serious discussion has been going between the parties involved to see if a mouth watering deal could happen to lure Oliver giroud to the turkish club.

The 32 year old world cup gold medalist winner is said to be seriously considering the offer and  only Chelsea is left for the final decision decide if his departure can cause no harm to club.