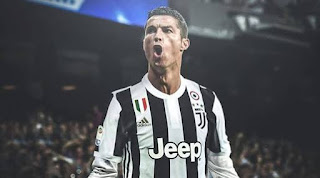 Juventus and portuguese international superstar goal scorer Christiano Ronaldo has scored in juventus vs Genoa match that ended 1-1 in turin.

Ronaldo have scored a total goals of 400 hundred career goals and he his currently the highest goal scorer in Europe in the last 10 years.

The Portuguese international has been describe as a huge loss for Real Madrid and his absence in the team makes the Spanish giant found the season troublesome in scoring decisive goal in their games.

Ronlado is very delighted with the present run of form when he disclosed how italian fans anticipation from him is enormous since he is the current most expensive player in the serie A league.
premier soccer league news