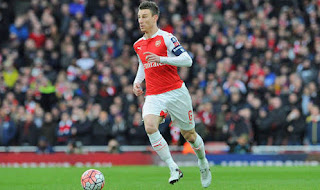 Laurent koscielny explained his regret for not participating in the world cup with France due to injury have express his sadness on how his team coach and players abandoned him throughout his injury period.

He disclosed how it took his coach up to his birthday in September to hear from him since he got injured during international games,and the France international star retirement is coming after mesut ozil.