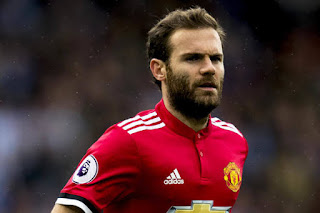 Arsenal football club coach is interested and Keen to lure Manchester United star player away from old Trafford to the Emirate club.

Unai Emery is ready to re-unite with his former club star player after the successful seasons together during the days of working together at Valencia in Spain.


Unai Emery has discosed his desire to work again with the Spanish star player if perhaps Manchester United does not extend his current contract after expressing his optimism.


Juan Mata has been a crucial player for the United this season with his wonderful display and is a major player that  contributed to Manchester United win against juventus in Turin.
premier soccer league news