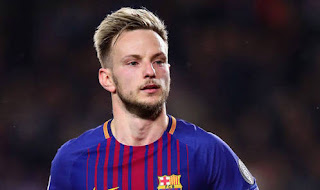 Ivan rakitic got injured before International encounter against England national team and it is confirmed by barcelona that he his not going to play in the next 3 games.

The talented midfielder is certain to be missing the laliga match against Villarreal and a champions league match against PSV in Barcelona upcoming games.

Ivan rakitic is a major player extablished in
Midfield as a player that brings creativity to the style of game play in Barcelona and he has grown to become an important player in the club midfield position.