Chelsea and Manchester United star players are seriously wanted by Italian giant to bolster their squad in the coming january transfer to get the ancient glory back.

The duo of Cesc Fabregas and Eric bailly is wanted by A.C Milan in the coming january transfer as the two star player are currently seems not to be part of the plan of their respective clubs. 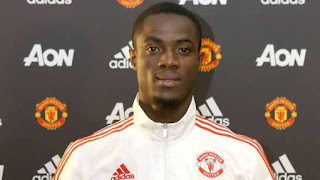 Cesc Fabregas is having a contract that would be expiring at the end of the current ongoing season and Chelsea is not ready to extend the contract of the star player.

Eric bailly is a player that have not started up to 3 games in the current season and he is seriously considering a move abroad to earn a starting position to help his professional football career.
premier soccer league news