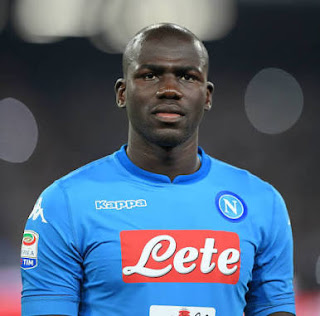 Manchester United football club bid has been rejected to sign a star defender from Italian giant club in order to bolster their defensive crises.

Napoli football club of Italy rejected €77 million Euro to lure kalidou koulibaly away from the Italian club to the old trafford outfit.

The 27 years old Senegalese international star was said to be valued at €90 million Euro and he would remain with the club if no club can match up the price tag.

Manchester United boss is seriously considering a signing of an experienced defender since he has got no confidence in his current central defenders and due to the injury to Victor Lindelof in the central defense line.
premier soccer league news