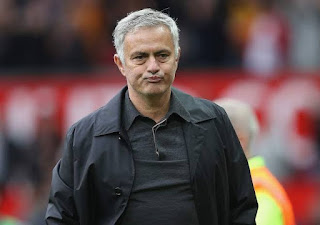 Manchester United and Portuguese born tactician has explained why his club loss to Manchester City in the derby match on Sunday at the Etihad stadium.

Jose Mourinho disclosed the reason to the news men during post match conference when he was asked why his club could not earn a point in the derby game.

The Portuguese tactician has blamed his club poor performance due to fatigue accumulated during the club away game to Juventus in Turin.


He acknowledged Manchester City recent games to Southampton and shaktar donesk as a mere friendly game that is not as competitive as Manchester united fixtures to Bounemouth and Juventus away game.
premier soccer league news