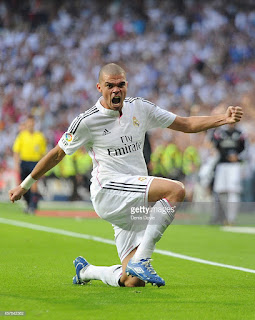 Former Real Madrid and Portuguese born sensational utility player has been sacked by his new found club in Europe despite his current contract with the football club.

Pepe ended a successful 10 years stay with Real Madrid before he moved to Besiktas in the summer of 2017 on a free market transfer on a 2 years season deal.

The former Portuguese versatile midfielder is having a contract with the besiktas football club that would end by the summer of 2019 football season but mutually agreed to terminate the contract due to financial constraints among them.

He has been without a club since December 27th 2018, after he was told to consider the financial crisis that is possibly going to hinder his wages and salary with the club.
premier soccer league news