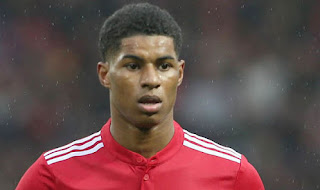 Manchester United football club is preparing a contract for Real Madrid target after the spanish giant make enquiry on the availability of services for the England star.

Marcus Rashford form has been impressive since the arrival of new interim boss and madrid is on standby to make an offer for the United star if his services would be available.

The British born and England young sensational star is currently earning £75,000 thousand pounds a week and United is ready to double his current wages to keep the versatile winger at the club.


Marcus Rashford is offered a new 5 years deal worth £150,000 thousand pounds a week and he would be earning same as Harry Kane if he eventually extend his new contract with the club.
premier soccer league news