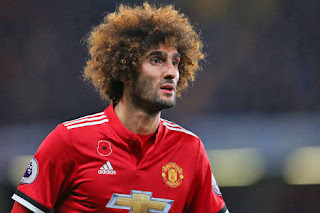 Manchester United and Belgian international lanky midfielder has completed a move to a new club after passing his medical check up ahead.

Marouane fellaini has completed a transfer to a Chinese club today for a record fee of £9.4 million pounds deal and £240,000 thousand pounds a week deal.


The Belgian international star has become a surplus to the plan of the current ManchesterUnited boss after the departure of Mourinho since November.

The transfer of the former Manchester United club star would enable him to earn more than the wages he earn before his departure to his new chinese football club.