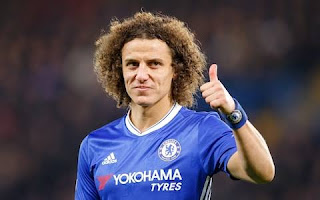 Chelsea football club and brazilian born versatile player disclosed that he is waiting for new contract extension with the club ahead of summer transfer offer to move abroad.


David Luiz is currently going to be out of contract at the club by the end of the ongoing football season but he is very keen to extend his contract with Chelsea.


Chelsea football club is on the verge of taking risk of loosing the Brazilian defender to the pool of free agent because he currently demand a contract extension that is more than just a year.
premier soccer league news