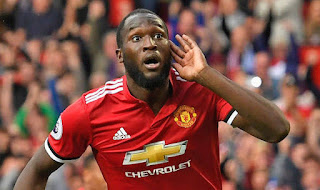 Manchester United football club are ready and serious to do a business in the coming summer transfer window for the sale of his Belgian born goal scorer.


Romelu Lukaku that enjoyed his first season campaign under mourinho regime is finding it difficult with goal form since the interim manager takes over from the portuguese tactician last november.


The old trafford club have put a price tag of £75 million pound price for any club intrested in acquiring the service of the Belgian star player.


The former chelsea player moved from Everton to manchester united for a record fee of £75,000 million pounds on 10th July 2017.

The old trafford club is ready to sell the player if any club is interested in him during the coming summer transfer market.
premier soccer league news