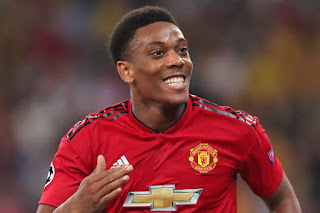 Manchester United and France international star player have secured a contract extension after the departure of fellaini on january transfer deadline day.

Anthony Matial contract has been extended with 5 years with an improvement on his wages to £150,000 thousand pounds a week to sign the new deal.

The former Monaco f.c sensational winger wouldn't have been able to extend his contact under the sacked manchester United manager because of the awful relationship they had.

The French star has pledged his future to Manchester United till 2024 summer with an option of extending the contract for another a year long.