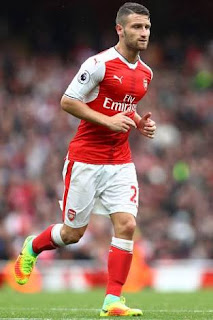 Arsenal football club star player has warned his teammates ahead of the europa league final game against Chelsea f.c coming up in Baku.

Skhodran mustafi called out his colleagues who conceded 51 goals in 38 premier league games to be conscious of making any mistake in the europa league final.

Arsenal current first choice goal keeper has been offered a sport director position at chelsea ahead of his retirement from active football career after the europa league final game.

Arsenal believe the contract offered by chelsea for Peter cech would have nothing to do with the goal keeper position of leading the gunners to europa cup glory in baku.