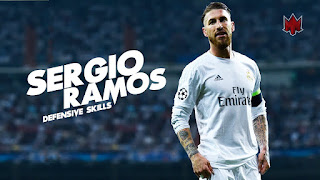 Spanish born and Real Madrid captain Segio Ramos has disclosed  his decision with Los Blancos to debunk an ongoing wave of speculation as regards his future.

The Real Madrid skipper has put an end to the wave of speculations of leaving the Spanish club ahead of new football season when he expressed his relationship with club president as a cordial one.

The experienced central defender confirmed a lucrative offer from an undisclosed club from China but said Real Madrid is very dear to his heart.

Segio Ramos have spent over 14 years with Los Blancos but has pledged his future to the club as he reiterates his desire to end his career in Madrid amidst wave of speculations linking him away to a new club.

He said his relationship with florentino perez can be regarded as father and son when discussing his decision with news men.
premier soccer league news