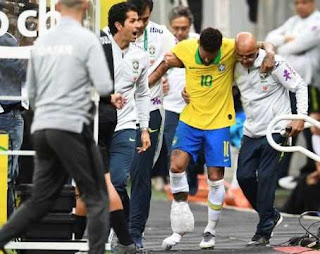 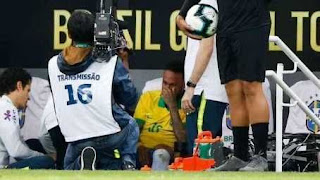 Real Madrid and Barcelona f.c star target got injured during an international friendly game ahead of the copa America competition.

The Paris saint Germain star forward right ankle was later wrapped with ice cold block and was substituted in the friendly game due to foot injury.

The Brazilian international star player was seen crying after his subsitution and the versatile forward would be sidelined due to the foot injury  on Wednesday night encounter against Ecuador.