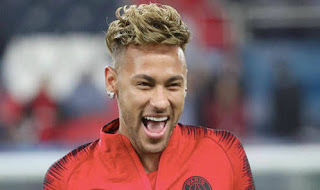 Barcelona football club chief have explained about the club awareness of Neymar's interest to rejoin the catalan giant football club.

The vice president confirmed that Barcelona is yet to make any enquiries and personal meeting with Neymar Junior's representative at moment on a possible move.

He has won several local trophies since his move to the Paris saint Germain for a record fee of €220 million euro from Barcelona in 2017 summer.

He reiterated how Barcelona would give him a warm reception if he successfully rejoined the club like Cesc Fabregas and Gerard Pique in the time past as confirmed by Cardoner, during his interview with news men about the update.