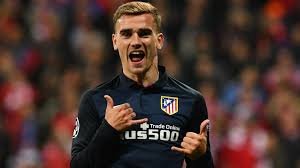 French striker can achieve the long-awaited move from Atletico Madrid to camp nou.

Ara reports that Barcelona are set to trigger the signing of Antoine Griezmann within the next few days when his release clause goes down to €120m (£107m/$136m) at night of Sunday.

The report within the Catalonian newspaper says Barca don't expect any complications in the deal.

The only concern is believed to be whether or not the player can leave for a  strictly money deal, or whether or not a player, probably defender Semedo,involving in moving to Athletico Madrid with the deal.

That issue shouldn't stop the Primera Division champions saying their new player  could join them by Wednesday, in line with the report.