Chelsea to loose another star Player. 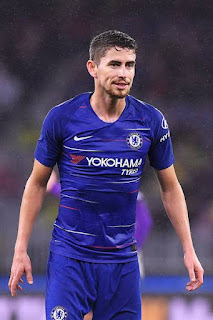 Chelsea football club star player have disclosed is readiness in moving to the Italian giant club after a a successful 2018/2019 premier league football season.

Jorginho completed his move to the Stamford bridge club in the last football summer from Napoli in a deal worth around £50 million pounds for the italian star.

The italian born completed the highest number of  passes in the last season's premiership league is said to be actively interested in joining his former boss at juventus ahead of the coming football season.

Chelsea fans have reportedly told the star player to move out of the club by  when Maurizio sari is set leaving the club towards the end of last football league season.
premier soccer league news