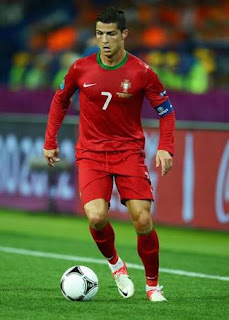 Cristiano Ronaldo national team coach has revealed his expectations from his best player beyond tonight final game against Portugal.

Santos, disclose that the former Manchester united form as a player since sporting Lisbon days, when the star player was 19 years old bring his success because he trains well to the limit to attain the success.

Former Manchester united superstar run of form could last till 2022 world cup and beyond due to his training interest to be fit and was disclosed by the Portuguese national team Coach Santos.

Ronaldo scored 3 goals in the semi final against Switzerland to lead  Portugal to the final European nations league coming up today against Netherlands .

Netherlands head coach,Ronald Koeman  also express his confidence in the pairing of Virgil van Dijk an matthijs de ligt  of their capacity of stopping the hitman.
Europe soccer news