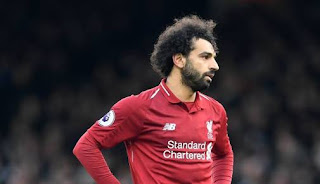 European Champion's League winner star player could be facing the exit of Liverpool football club f.C ahead of the next football league season.

Mohammed Salah was said to have been reportedly having a complicated relationship with German born tactician Jorgen Kloop after the winning of the European Champion's League trophy.

The reigning Champion's club is seriously pushing to acquire the service of French Ligue1 player of Lille to bolster his attacking option against next football season.

The Anfield outfit club could be forced to sell Mohammed salah due to his complicated relationship with manager if the club can acquire the signature of  Pepe from Lille.
Europe soccer news