Liverpool star explained why he snubbed Manchester United for Liverpool. 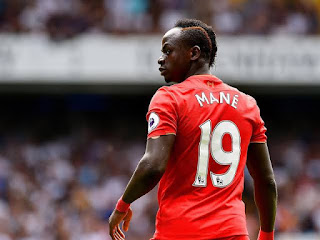 Liverpool football club star player have explained why he snubbed Manchester united offer and decided on a move to Liverpool after 2015/2016 football season.

The Senegalese versatile forward explained that he personally discussed with Manchester united Ex manager,Louis van Gaal on a partial agreement move before the coming of Liverpool offer.

The star player explained how he enjoyed a blistering form in 2015/2016 season scoring a brace against Liverpool and scoring of Hatrick against Manchester city including his participation in all premier league games and scoring of many goals.

He also stated how the move to Liverpool brings benefit to him and the club when he feels that he would enjoy more playing time than moving to Manchester united.

He jokingly stated that his scoring prowess against Liverpool and being a threat to them could be why they decided to sign him from Southampton during a press brief ahead of Champions league final against Tottenham Hotspur on Saturday.
premier soccer league news