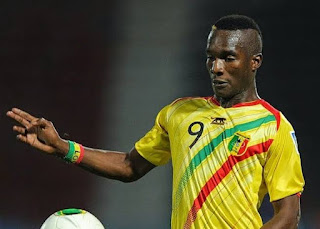 Mali have expelled striker, Adama Niane, from their squad for engaging in conflict.

He is the third player to be thrown out by his team, at the continuing continent Cup of nation (AFCON) in Egypt.

Reports aforesaid the 26-year-old Belgium-based player had ill-treated his captain in associate degree dustup over queuing.

The decision came on the eve of Friday’s cluster E match against Tunisia in Suez.
Latest football news