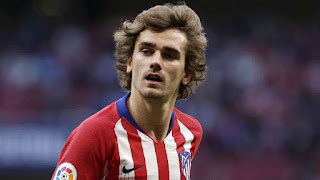 The Old Trafford club have shown a seriousness towards acquiring the service of Antoine  Griezmann,due to Barcelona delay tactics in the club decision to sign the star.

Athletico Madrid  gave a contract of 5 years extension to the French star but the decision by the player to leave the club is due to the inability of the club to buy players after departure of the like of Diego Godin and feliepe Luis respectively.

Manchester United is reportedly going to offer a bumper deal package worth more than £95 million pounds to  lure the world cup star winner.