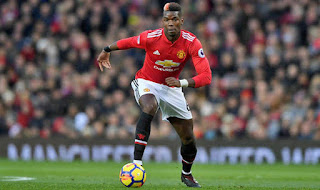 Manchester united football club  and France international star player could be on the verge of dumping the Old Trafford club ahead of the coming football season.

Paul Pogba is currently on a special vacation holiday to Japan, where he has made his plan ahead of next football season plan known to the newsmen.

The controversial star player have disclosed his readiness for a transfer away from Old Trafford club as  Real Madrid remains the secret behind the star decision to leave the club ahead of next season.

Zinedane zidene have publicly eulogize the French star to be a big factor in world football and his intention to work with his fellow countryman in future.

Manchester United have repeatedly stated his unreadiness to do any business that involves Paul Pogba but a matching £150 million pounds offer for the him could force the Old Trafford club doing a business the spanish giant.