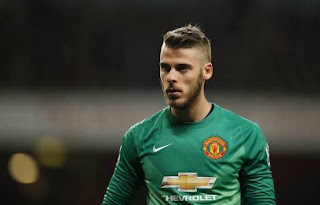 Manchester United football club have confirmed the readiness to block every move for the transfer of club's first choice goal keeper in the summer transfer.

The Spanish born and Manchester united shot stopper had initially rejected a  £250 thousand pounds a week deal towards the last premiership football league season by the Club.

David Degea Imminent stay with the Old Trafford is assured as a report from Old Trafford and "the telegraph" confirmed that the club would never consider loosing the shot stopper for free in the next summer transfer.

Paris Saint German have reportedly offered the Spanish Goal keeper a bumper deal after showing the exit way to Gianlugi Buffon due to his underperformance during last ligue 1 football season.

David Degea would make his discission known in few days if he would be extending his contract or move on a free  transfer after the end of next football league season.
Europe soccer news