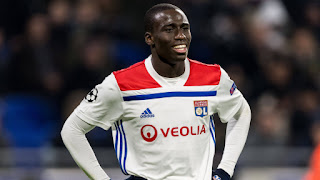 Real Madrid football CF have successfully reached an agreement in signing one of the top 11 ligue 1 best player of last season as a report confirmed by the France national team coach.


Ferland Mendy deal is a sure deal confirmed by Didian Deschamps,the France national team Head Coach after france was shockingly  defeated in an international friendly game that ended 2-0 in the favour of Turkey.

Deschamps have reported Real Madrid agreement of €50 million Euro deal for the Lyon club best defender in a bid to bring the Galaticos back to the club ancient way of winning major titles.

Ferlan Mendy joined lyon in the summer of 2017 with €6 million Euro from Le Havre in the ligue 2 and his tremendous progress at the age of 25 brings to him such opportunity said the head coach.