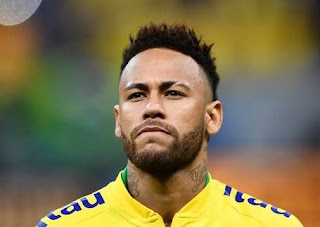 Real Madrid CF is reportedly not ruling out of the possibility of bringing Neymar junior to the Blancos but rather not making him a top priority for the summer target.

The Los Blancos have cool off the club interest in acquiring the service of the Brazilian international but make kylian Mbappe a top target for  Real Madrid.

We reported Neymar junior to be  interested in Barcelona move as the Catalan giant remains the star player interested destination ahead next football season.

Real Madrid had been explored to sign Neymar but a source close to the Los Blancos confirmed the star currently not a priority signing according to a report from GOAL.
Europe soccer news