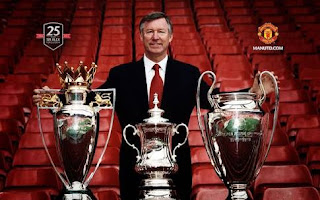 Manchester United FC is currently going through a crisis that emanated since the retirement of Old Trafford club most successful manager of all time in history.

Sir Alex Ferguson remains the most successful manager of the club in history and the recent crisis rocking the club may be connected to this disagreement between the former coach and current executive director of the club.

The Scottish born and former Manchester United fc manager is having a disagreement of the choice of the club in choosing the sporting director candidate which Ed Woodward go against the choice of the former boss.

STEVE WALSH is the candidate of the former boss and was said to have successfully involved in the transfer of Ngolo Kante to Leicester city.

The last 2 season spent with Everton by STEVE WALSH is not impressive before his departure in the just concluded season.

Rio Ferdinand was also shortlisted for the sporting director job position but his experience is considered not make him fit for the job role.