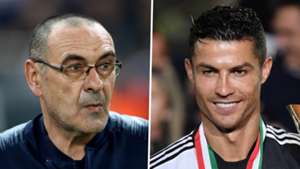 The meeting between Juventus football club new manager and Cristiano Ronaldo has been revealed to be the approach of the new boss philosophy and tactics.

Maurizio Sarri is said to have discussed his adopted plan for a new role for the star player to play as a top striker unlike playing from the wing.

The former Chelsea boss disclosed his reason behind this is to let the former Manchester united star forward to have everlasting days in football according to a report from the Turin club.

The italian tactician also revealed is intention in working with the whole team in order to unleash the very best potential of his players.