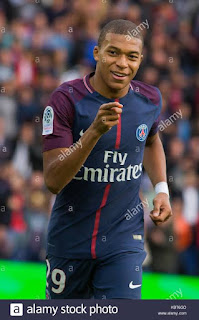 The world cup winner and France international prolific winger have submitted his transfer request to his clubside ahead of new football season.

Kylian Mbappe have told the Paris St Germain club of his intention and readiness to leave the giant club after a major success of winning the French League 1 in the just concluded season.

Real Madrid is keenly interested in luring of the sensation world cup winner with a possible offer of £200,000,000 million pounds bid to get his signature.

Manchester United is also said to be linked  with the French star player and his current club can presently determine is future ahead of next football season.
Europe soccer news