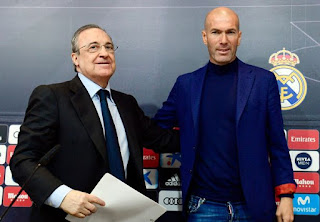 Real Madrid are ready to make a fresh approach for Mauricio Pochettino.

The Spanish giants will make the Tottenham boss their No.1 target if they decide to replace Zinedine Zidane this season.

Real Madrid boss Zidane guided his team into second place in La Liga on Sunday after a win at Sevilla but it was the Champions League defeat at Paris Saint Germain last week which is the big concern at the Bernabeu.

Zidane is already under some pressure and it is understood they will go for Pochettino if he gives them any indication that he would be interested.

Pochettino signed a five-year contract in 2018 and has recently reiterated his commitment to the club amid speculation over his long term future according to a report from MIRROR.

But that is unlikely to dissuade Real Madrid who have gone for Pochettino in the past and club president Florentino Perez remains a big fan.