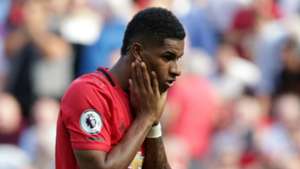 Manchester United fell to yet another defeat on Sunday as they lost at the hands of West Ham United at the London Stadium on Sunday.

It was yet another lacklustre performance from United saw them suffer their second defeat of the season thanks to goals from Andriy Yarmelenko and Aaron Cresswell in either half according to a report from Manchester United evening news .

He'd been suffering all game and was finally substituted in the 61st minute with a groin strain. Ole Gunnar Solskjaer has confirmed he will have a scan tomorrow and could be out for a 'little while'
Live transfers