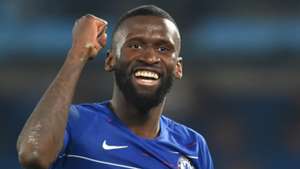 The manager has been handed a major boost to his defensive options as the German is ready to return following almost five months out.

Antonio Rudiger is ready to return from the knee injury he suffered in April and could feature against Wolves on Saturday, head coach Frank Lampard confirmed according to a report from GOAL.

Germany international Rudiger needed surgery on the meniscus of his left knee after suffering the injury in a 1-1 draw with Manchester United on April 28, subsequently ruling him out of the final month of the 2018-19 season.

Although Chelsea managed to secure a third-place finish in the Premier League and won the Europa League without Rudiger, their start to the new campaign suggests they have missed his influence at the back.
Chelsea